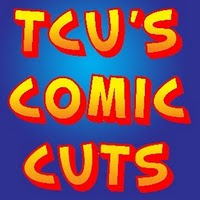 Welcome back to TCU. After couple of hectic months, TCU is started blogging again and let us hope that this stream continues for some time without a break in between. TCU’s last 3 posts were in Tamil Language and the response was tremendous and TCU promises to continue to enthral with Tamil Post’s in the future as well. Meanwhile many-a-Completed posts are waiting in the wings in TCU and

most probably they all will see the daylight in the coming month’s. Couple of New Comic Book series were launched and TCU got those books last week itself and they will be posted as soon as TCU goes through them.

Now, This was an Old news. However, it has to be recorded in the annals of the history and hence it finds its place in this particular post. Uncle Pai breathed his last on 24th Feb 2011 and this particular news was not covered widely in Tamil magazines. In fact there were only a handful of media which covered this news in English as well (In Tamil Nadu).

Uncle Pai needs no introduction for Tamil ComiRades. His works were published in Tamil Language right from the late 60’s till the early 2000. However, he hogged the lime light in 2 time periods and both of them were due to the sterling efforts of translation with Vandu Mama. Initially in the time period of 1975-1977, lots of Uncle Pai’s works were published in Kalki magazine and some of the notable success were Rekha, Ramu & Somu etc.

The 2nd Time period was considered as the golden period for the children's magazine as it coincided with the launch of Poonthalir magazine which had features of Tinkle in Tamil language and other wonderful stories from the Greatest ever story teller for Children of all ages in Tamil Language – Vandu Mama.

Yours Truly had plans to meet Uncle Pai to clarify some of the “Black-Holes” in the Tamil version’ of ACK and other stories from the Rang Rekha Syndicate. Along with Dr 7, A Short 3 day tour was planned and it remained as a plan only without ever materializing into a tour.  If at all there are regrets in TCU’s life, then this will be in that list. Thank You, Uncle Pai. Thanks for the wonderful childhood and a better growing up period.

Dinakaran News Paper Sunday Supplement Book-Vasantham: The coverage for the XIII Jumbo Special is continuing and this time, it is Nattamai of Vasantham Book. He vouches for the book and the interesting storyline. This is the 2nd time in the last 5 months that this sundae supplement is in the comics news. To add a little bit of glamour quotient, the rest of the page is also published un-edited.

Puthiya Thalaimurai Magazine: Recently TCU met Cartoonist Bala in a Film preview in Sathyam theatre and though we exchanged few words, a Long conversation is due. In this feature, He explains how he was drawn into the world of drawing (Pun un-intended). It is not a big surprise to know that it was Rani Comics’ Phantom stories (Re-Christened in Rani Comics as Mugamoodi Veerar Mayavi) which led him to become what he is now. Read this article completely. Very interesting.

Oonjal Monthly Magazine: We all know that the Monthly Novel Ullasa Oonjal is now available in the name of Oonjal & though the name is changed, the same author is penning the stories month after month. PKP, Or for those who came in late, Pattukkottai Prabhakar is the one who is writing the novels in this magazine. Last month’s issue featured a wonderful story on the onion price rise with Appusamy being the prime character. It was lovely to see the artwork of J again. For the readers, the complete story is presented here.

Old News – Cinema Express – Sanraa Media – The 99 Comics into Animation Show: Though this news was published in last year’s magazine, TCU had contacted the COO of Sanraa Media (Ex Colleagues) and he said that the project is costly one with each Half-an-Hour episode (of 22 Minutes) requires close to 14 lakhs. TCU is still waiting for the update on the news.

Now,then; The next post will on the year end review post for the year ended 2010. Most probably that will be done by Wednesday and from next month onwards, ComiRades will see a radical change in the number of posts in TCU.

Well, that's all for the time being. As usual, post your comments in the comments section. For those who want to Pen their thoughts in Tamil, Kindly Use the Option Provided in the Widget in the Blog.

Dear ComiRade, Kindly Spare a Moment to Leave Your Presence in this Blog By Adding Your Valuable Comments that Can Improve This Blog. Always Give Due Importance To Others Views & Never Ever Hurt Others Feelings / Point Of Views. Do Not Request Anything That Gets Us into a Legal Tangle Such As Copy Righted Materials, Registered Products etc.